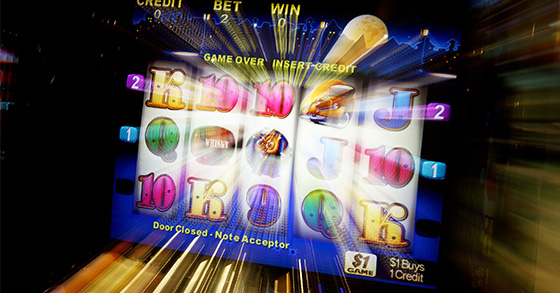 Moves that will be outlawed from today include hitting the spin button with the edge of your schooner glass, switching bet amounts to reset the odds, and tapping the screen three times with your finger before choosing a suit on a gamble.

“Most players do the right thing when competing, but there’re going to be cheats in every sport,” the chairman for the NSW Pokies Federation said. “Most people don’t know it, but we already have cameras inside pokies to track facial expressions that reveal emotions, so we’ll simply use the cameras to also catch people using performance enhancers like lighting a smoke before initiating a feature.”

Respectable pokie players are shocked and embarrassed that some players have brought shame and controversy to “the nation’s game”.

“I’ve always been proud to tell everyone how much I earned on the pokies, in fact, that’s sometimes all I talk about,” one player said. “But now I’m worried people will think I didn’t put the work in and just cheated.”

Those caught cheating will receive a harsh 15-minute exile in the main bar, with no access to the complimentary mini spring rolls with sweet chilli sauce.