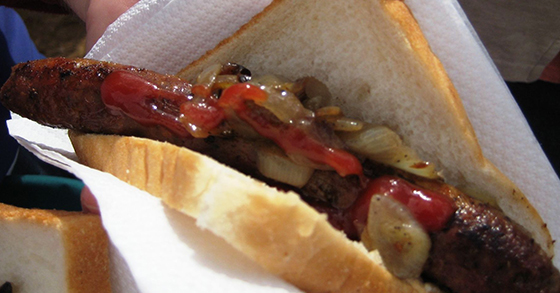 The cost of the same-sex marriage postal vote, which was originally estimated to cost tax payers $122m, has more than doubled to $250m, after the government decided to throw a postal sausage sizzle into the mix.

“We realised that the vote wouldn’t be legally binding in Australia without a sausage sizzle,” a government spokesperson said. “So, we will be sending every person enrolled to vote a snag folded inside buttered white bread with sauce and onions.”

The move has been welcomed despite the cost, with many noting that a sausage sanga is usually the only good that comes of voting.

“This is the least they could do to thank the public for making a decision they too scared to make in parliament,” one voter said. “Although, knowing Australia Post, I bet my snag will be colder than a witch’s tit.”