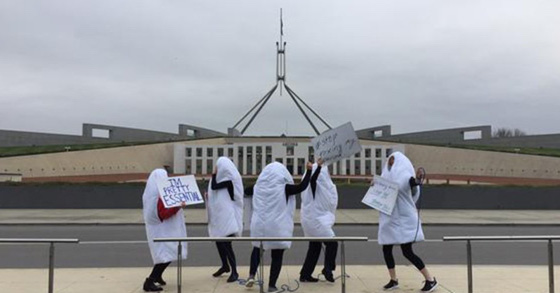 The government has defended the controversial 10 per cent “luxury tax” on tampons, saying it will only scrap the levy when all Australians can enjoy a monthly period, regardless of gender.

“When men can enjoy the same regular cramps, bleeding and acne that women do, we will of course get rid of the tampon tax,” a government health spokesperson said. “What’s important is that this is fair for everyone involved.”

However Australian men’s groups have argued that the tax on sanitary items should be abolished, along with similar taxes on a raft of other “so-called luxuries”.

“Beer, cigarettes and pornography are all highly taxed items that are treated as luxuries but these are needs, not wants,” one man said.