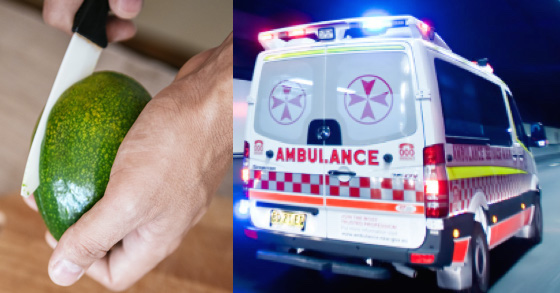 The fruit responsible for preventing people from being able to afford waterfront mansions in Sydney is continuing its reign of terror by causing brunch-lovers to slice their own hands open, experts have warned.

“The avocado has a natural booby-trap built in to protect themselves from hipster folk,” a government health spokesperson said. “When a bearded breakfast eater tries to show off by opening an avocado using a fixed-gear knife, they often cut straight through the fruit and stab themselves in the hand. This could be because beards limit peripheral vision, fine motor skills and general intelligence.”

The problem is so widespread that medical professionals have called for warning labels to be placed on avocados.

“People have sustained serious injuries because of this dangerous fruit – and then there’re those who’ve stabbed themselves ironically while eating a banana or apple,” one doctor said. “It’s a real epidemic.”

Instead of turning hipsters off, many view the scar left by an avocado incident as a badge of honour.

Many inner-city hospitals have become so overrun with avocado-related injuries they’ve had to hire in-house barbers and baristas for peak periods, such as Sunday brunch.