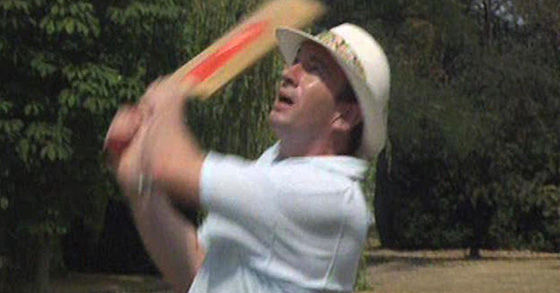 A father of three from Sydney is still at the wicket in a family game of backyard cricket that began on Christmas Day.

The man’s kids have fought through skin-crackling sunburn, life-threatening splinters from jumping the neighbours’ fence to retrieve the ball, and crude sledges about their mum, said the eldest son.

“He’s been smashing us across the backyard for 48 hours now,” he said. “It’s been gruelling and he shows no sign of slowing down. I think the new Stubbies he got for Christmas have freed up his movement to make shots that border on sorcery.”

“It’s bloody annoying,” said the man’s wife. “He’s called Channel 9 to see if they’d like to televise the game.”

The kids plan on bringing out the sandpaper shortly.