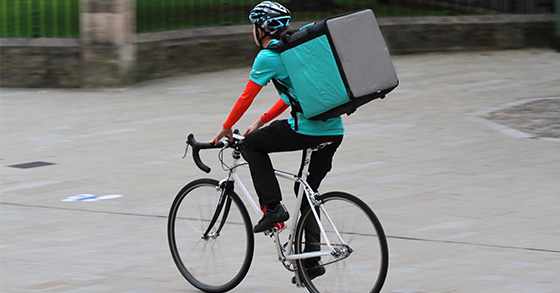 Sydney’s inner-city suburbs are home to up to five times more food-delivery cyclists than local residents, according to early reports from the 2016 Census of Population and Housing.

“This is the biggest influx of a new breed of people we’ve seen since the introduction of the census back in 1911,” a spokesperson said. “It shows Sydney’s footpaths are a melting pot of diversity.”

One Surry Hills resident branded the census “a waste of time”, adding that “anyone who uses a footpath, road or public park could see we’ve been overrun”.

“I lost my husband only last month after he forgot to look both ways stepping out of our front door,” she said. “He had third-degree butter chicken burns to more than 60 per cent of his body.”

“They’re everywhere,” another local said. “However, just last month I ordered a butter chicken and it never arrived. So who knows what they’re really doing.”

Local restaurant owners are thrilled with the increased population.

“They’re so dense around my restaurant they deliver the food pass-the-parcel style, straight to the customer’s door. It’s wonderful,” one chef said. “I throw in the odd hot potato every now and then, just to watch them go.”