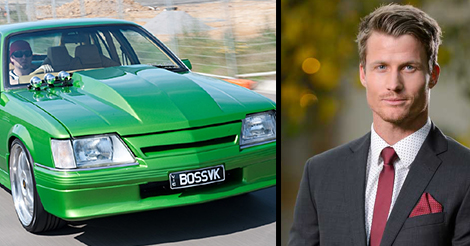 A Sydney man is set to become the next star of popular TV show The Bachelor after impressing producers with his souped-up and extremely loud car.

“We’d heard rumours about this man driving around in a car with an engine so loud it made children’s ears bleed but thought it was too good to be true – we thought men with cars like that had died out as a result of natural selection years ago,” a spokesperson for the show said. “We finally spotted him driving at 80 [kilometers per hour] in a school zone one day. It was glorious. Women were so excited they were tearing off their underwear and throwing it at the car.”

The show declined to reveal the man’s name, saying the biggest spoilers this season would be the ones on his car, but described him as “surprisingly short with legs that struggle to support an overly muscular upper body”.

One woman who lives near the school where producers spotted the man said he and his car were well known and loved by local residents. “No one finds the noise jarring or irritating at all,” she said. “It’s just so impressive that someone would go to all the trouble of making a car so powerful despite the fact they live in a quiet urban area and rarely have the chance to legally drive at speeds of more than 60 [kilometres per hour]. It’s actually very Zen.”

The Bachelor is calling for applicants who think they could “feel a connection” and are “ready to embark on the incredibly loud journey of a lifetime” with the man.